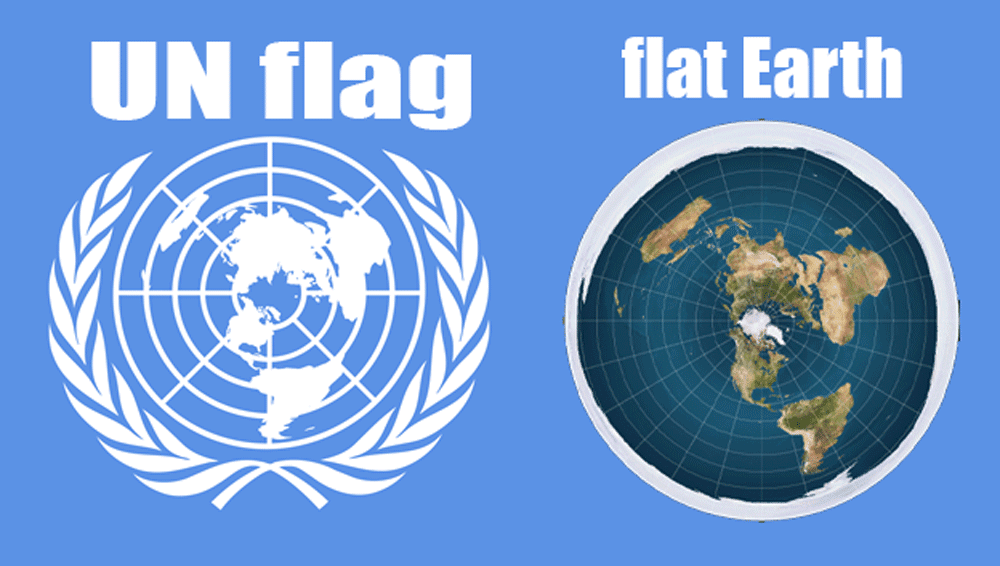 Why is it important to understand that the earth is flat?
It is important to know the correct orientation of the earth so that our prayers will be directed to YHWH's Temple in Yerusalem/Jerusalem and thus heard by YHWH of Hosts. This is explained in Soloman's supplication and YHWH's response located in 1Kin 8-9 and 2Ch 6-7.  In a futile effort to keep dominion on the earth, the Amalekite Edomites (international bankers/illuminati) have used the spherical-shaped earth lie to trick people into praying away from Yerusalem instead of towards it.

What  verses show that YHWH made the earth flat, stationary and enclosed it in a glass dome?

References to the earth being flat:

Isa 66:1 "Thus saith the LORD, The heaven is my throne, and the earth is my footstool: where is the house that ye build unto me? and where is the place of my rest?"

Pro 30:4 "Who hath ascended up into heaven, or descended? who hath gathered the wind in his fists? who hath bound the waters in a garment? who hath established all the ends of the earth? what [is] his name, and what [is] his son's name, if thou canst tell?"


References to the earth having a stationary foundation upon pillars:

1Sam 2:8 "He raiseth up the poor out of the dust, and lifteth up the beggar from the dunghill, to set them among princes, and to make them inherit the throne of glory: for the pillars of the earth are the LORD'S, and he hath set the world upon them."

Psa 75:3 "The earth and all the inhabitants thereof are dissolved: I bear up the pillars of it. Selah"

Psa 93:1 "The LORD reigneth, he is clothed with majesty; the LORD is clothed with strength, [wherewith] he hath girded himself: the world also is stablished, that it cannot be moved."

Job 9:6 "Which shaketh the earth out of her place, and the pillars thereof tremble."

Jer 31:37 "Thus saith the LORD; If heaven above can be measured, and the foundations of the earth searched out beneath, I will also cast off all the seed of Israel for all that they have done, saith the LORD."


References to the earth being covered by a glass dome-like structure:

Isa 40:22 "It is he that sitteth upon the circle of the earth, and the inhabitants thereof are as grasshoppers; that stretcheth out the heavens as a curtain, and spreadeth them out as a tent to dwell in:"

Gen 8:2 KJV - "The fountains also of the deep and the windows of heaven were stopped, and the rain from heaven was restrained;"


References to the sun moving around a stationary and flat earth:

Jos 10:12-13 "Then spake Joshua to the LORD in the day when the LORD delivered up the Amorites before the children of Israel, and he said in the sight of Israel, Sun, stand thou still upon Gibeon; and thou, Moon, in the valley of Ajalon." (13) "And the sun stood still, and the moon stayed, until the people had avenged themselves upon their enemies. [Is] not this written in the book of Jasher? So the sun stood still in the midst of heaven, and hasted not to go down about a whole day."

Ecc 1:5 "The sun also ariseth, and the sun goeth down, and hasteth to his place where he arose."

Psa 19:4-6 "Their line is gone out through all the earth, and their words to the end of the world. In them hath he set a tabernacle for the sun," (5) "Which [is] as a bridegroom coming out of his chamber, [and] rejoiceth as a strong man to run a race." (6) "His going forth [is] from the end of the heaven, and his circuit unto the ends of it: and there is nothing hid from the heat thereof."

Isa 38:7-8 "And this [shall be] a sign unto thee from the LORD, that the LORD will do this thing that he hath spoken;" (8) "Behold, I will bring again the shadow of the degrees, which is gone down in the sun dial of Ahaz, ten degrees backward. So the sun returned ten degrees, by which degrees it was gone down."